This is the smallest properly working HTTP client based on asynio/aiohttp (Python 3.7) that generates the maximum possible number of requests from your personal device to a server. You can use this template however you wish, e.g. to crawl the web or to test your servers against DoS attacks (denial-of-service).

See Implementation Notes in the annex below.

1 Line: The Most Important One

A lot of things happens at the following line:

Don't expect 1 million requests per second on your personal device. No. On practice, it's more realistic to expect thousands of requests per minute, at most, for the case of GET/POST requests of the application layer (layer 7 of the OSI model) with post-processing of responses. And it is only in the case of the most optimal resource utilization.

Let me show you why:

Client limits: If a client is going to post-process each request, a lot of sockets (file descriptors) should be created and held in the memory. The context for each connection is held in the memory as well. Then if a server doesn't return response back for too long, the client ends up with a limited count of open connections (e.g. 500-2000) not able to generate more requests. Also the client is not able to prepare and to process many requests concurrently, it is limited to CPU count.

Server limits: A server is not able to respond immediately, it needs to finish TLS handshake in a case of https, where cryptographic manipulations extensively utilize a processor time, the server needs to spend a time to analyze a request and to get data from database. Meanwhile the client is waiting.

In order to maximize a frequency of client requests you basically need three things:

Let's go back to the magic line:

asyncio is here to hit the limit of computer's hardware and resources.

Event loop is a single non-blocking thread that tries to figure out how to carry out 1 million requests on client's 4 CPU cores through a single network card.

On the right side of the image, you can see a limited count of physical CPUs.

On the left side of the image, there are tasks that our program desires to do:

Concretely in Python a single task can be represented by async coroutine ("worker()" in my example) consisted of a bunch of await blocks.

Whenever a coroutine "stucks" awaiting for a server response, the event loop of asyncio pauses that coroutine, pulling one from CPU execution to the memory, and then asyncio schedules another coroutine on CPU core. The processor never sleeps, and the event loop fills the gaps of awaiting events.

If to generate multiple requests without any optimization, then a huge amount of CPU time of the client is being consumed to finalize old connections in order to establish the new ones: one TLS handshake per each upcoming request. A TLS handshake is a pretty consuming operation. Whenever connection is closed, a TLS handshake must be carried out again to open a new connection.

To increase a frequency of requests a TLS tunnel should be reused for multiple requests.

Connection pool keeps as many as possible open TLS connections. aiohttp opens a new connection and holds the connection as long as necessary. Upcoming requests load the pool evenly and go to the server via reused TLS tunnels. Each open connection means an open socket (file descriptor) and a context in the memory.

aiohttp holds about 100 connections in the connection pool by default.

Everything is nice until you're going to send a million requests (setting up the parameter MAXREQ = 1000000 in the example above). In this case the event loop just blows up trying to handle million tasks (coroutines) all together. Generator [] creates a million coroutines, and the event loop tries to carry out literally each GET/POST connection request uploading the connection pool of aiohttp. Some requests are being processed quickly, some of them not. Because the server doesn't respond immediately a lot of memory is consumed to hold incomplete coroutines (their context and file descriptors). Finally your program crashes.

What we are going to do is to wait when the concurrency limit is reached.

I like to think about this as about a thread pool though technically it's not.

My approach to exam preparation is like a machine learning approach. 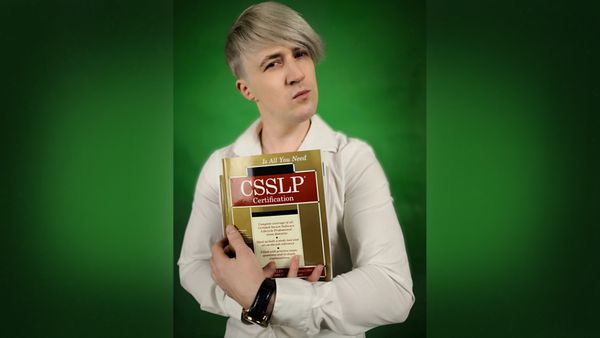 or "How I Passed CSSLP". My detailed feedback about preparation for CSSLP, study materials, training process, and passing CSSLP examination.